Species distribution models are a powerful tool for investigating the main factors driving the selection and the avoidance of certain habitats and environmental features by species. Theoretically, distribution models should be produced by evenly sampling all the environmental conditions of the study area in which the focal species is being investigated, in order to provide as a detailed and precise description of the habitat gradients and of the species presence and absence as possible. However, optimally designed surveys are rare because they could be logistically difficult and expensive (e.g., when focal species are rare and cryptic, or when they occur in remote areas).

Therefore, surveys are often carried out optimistically where species are already expected to occur and in areas that are more accessible, in order to maximize the effort. However, this often results in surveys that are spatially biased. The effects of this spatial bias on the performances of presence-absence species distribution models have rarely been investigated, and here we assessed the effects of spatial bias on a distribution model for the flammulated owl (Psiloscops flammeolus) in the Northern Rocky Mountains.

Thus, it is likely that representative spatial sampling across a broad range of environmental gradients also resulted in over-dispersion of sampling data, with a higher proportion of samples falling in areas of low probability of presence, leading to lower ability to resolve the relationships between species presence-absence and environmental covariates.

In contrast, the spatially biased sampling, by concentrating sampling along environmental gradients that are characterized by higher probability of presence of the focal species, produced predictions that, while seeming to be weaker based on standard measures of model performance, greatly outperformed the spatially unbiased models based on measures of true model prediction (e.g., correctly describing the actual spatial scales, direction and strength of species-environment relationships). 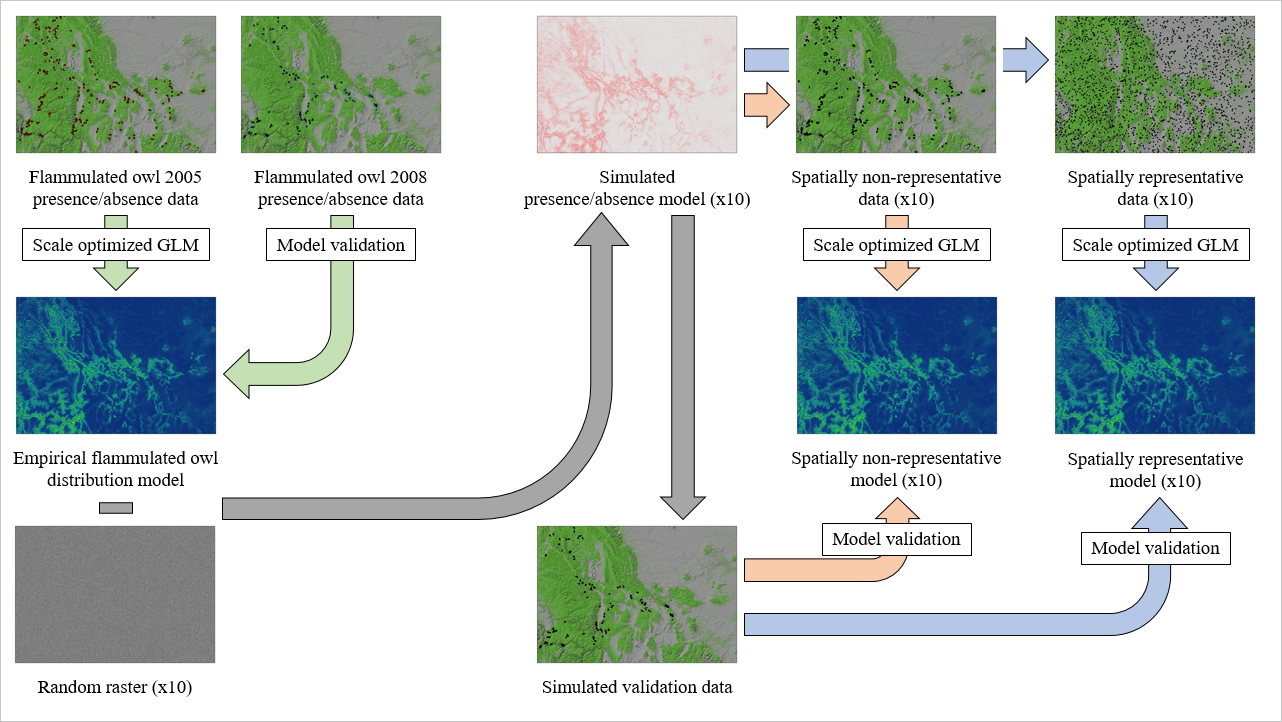