Camera trap images offer us an unobtrusive and secret glimpse into the lives of the animals we follow. This can sometimes lead to unbelievable records of animal interactions, where only picture proof would make us believe that such an interaction happened. This incredible picture shows not one, but two leopards, and a black rhino only metres apart, with the morning mist adding to the picture’s ethereal quality. Can you spot the curious leopard cub on the termite mound in the background? What better way to celebrate the collaboration between two conservation organisations, WildCRU’s Trans-Kalahari Predator Programme (TKPP) from the University of Oxford and Rhino Conservation Botswana (RCB), than these two species peacefully posing together? 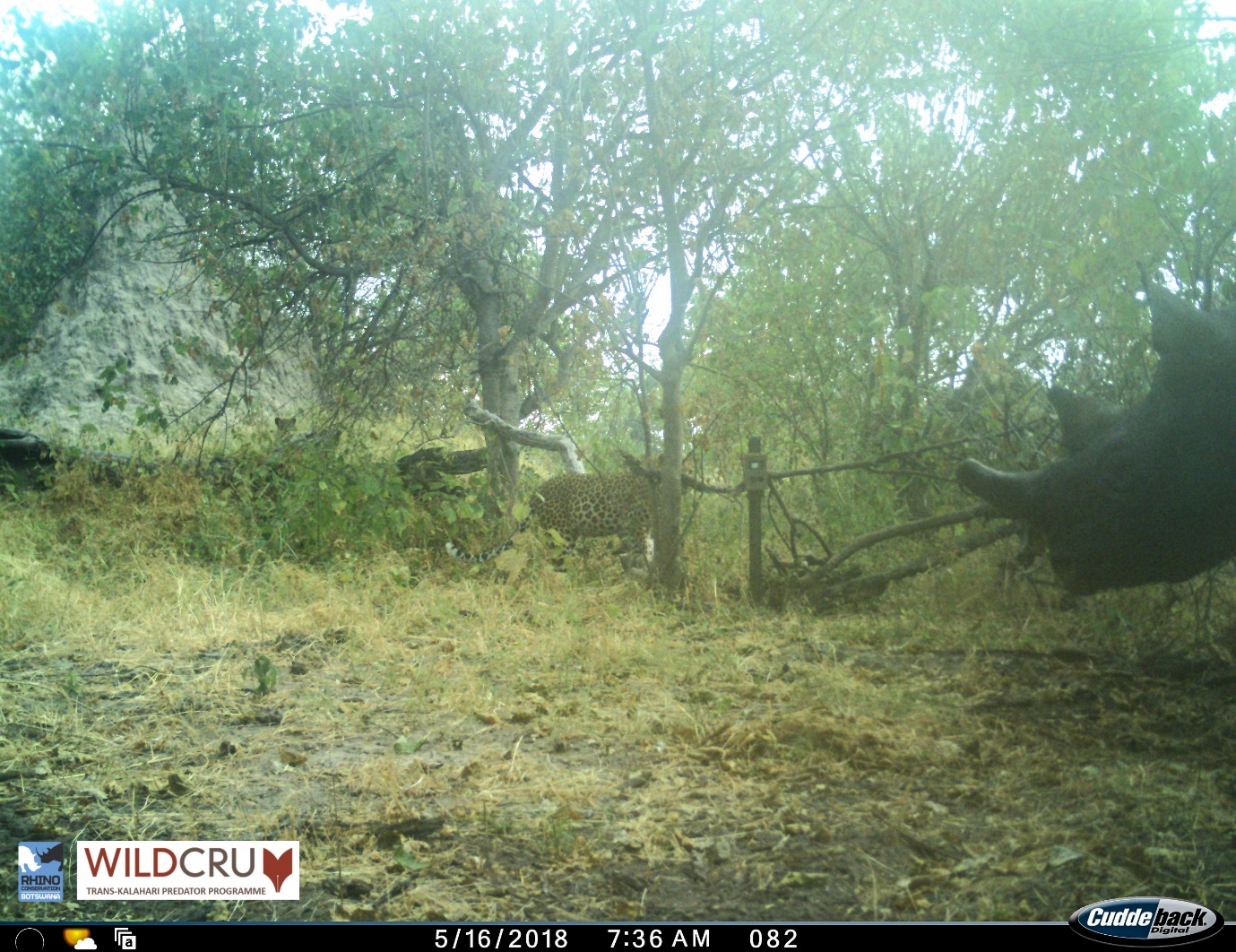 The Trans-Kalahari Predator Programme  and Rhino Conservation Botswana have just completed an unprecedented camera trap survey in Botswana, with the joint goals of estimating the numbers of large carnivores and monitoring the health of the black and white rhino populations in the Okavango Delta. Rhino Conservation Botswana provided invaluable logistical and ground support to make this most recent survey a success, as part of the Trans-Kalahari Predator Programme’s three-year Okavango Delta Carnivore Survey, aimed at providing reliable estimates for large carnivore numbers in this dynamic wetland.

TKPP and RCB combined forces on the ground to complete the field work side of a 10 week survey, involving over 180 cameras covering 1600 km2 of the Okavango Delta, and recording over 200 000 images of all species, both large and small. For RCB, these pictures included those of both black and white rhino, which can be individually identified by their ear notches. This not only allows RCB to produce an estimate of the number of rhinos in the area, but also assists in the current monitoring efforts by assessing the health, age and breeding status of all rhinos captured in the pictures, in addition to those seen on a daily basis by the dedicated monitoring teams.

Such collaborations are invaluable in today’s world, where two organisations with common conservation goals team up and share information to contribute to one another’s success. We look forward to continuing this collaboration in the future as we all work towards the conservation of the Okavango Delta system as a whole, for both carnivores and rhinos alike.