A study led by Dr Egil Dröge, WildCRU’s Lead Tutor for the Recanati-Kaplan Centre Postgraduate Diploma in International Wildlife Conservation Practice, in collaboration with researchers from WildCRU, the Trans-Kalahari Predator Programme, the Zambian Carnivore Programme and Montana State University has been published in Ecology and Evolution. The study presents findings on the accuracy of spoor surveys as a method of estimating carnivore populations.

Insight into carnivore populations is critical in order to effectively conserve species. Large carnivores are wide-ranging, and notoriously hard to detect, the challenge of population monitoring is intensified by their low and declining numbers throughout most of their range and their elusive nature in places where they are persecuted.

Over recent years, a quick and inexpensive spoor count method, a type of index calibration survey (ICS) method, has been developed and widely used to monitor large African carnivores. In ICS methods, signs of animals, instead of the animals themselves, are searched for and counted. In this particular method the sign searched for and counted are footprints, the tracks the carnivores leave behind when moving around (known and ‘spoor’). It is assumed that if there are more footprints there should be more carnivores, and therefore there should be a relationship between the number of footprints detected, and the number of carnivores in the area. In a short space of time, with relatively few people and at low cost, this method of calculating carnivore populations seemed to produce precise estimates. However, carnivores move over large areas, and occur at low densities, making encountering tracks erratic, which led to the question of whether the resulting precision of the population estimates was justified.

Egil and colleagues assessed the performance of the ‘spoor count’ method for large carnivores, with data from two long-term studies of African lion populations. ‘From our experience in our study areas,’ says Egil ‘when traversing an area we know is occupied by, for example, three prides of lions, sometimes we would see tracks of those prides at even more than 3 places in the roads (when they crossed roads at multiple places), and sometimes we would see not a single track. This led us to question the precision and utility of the resulting estimates from ICS methods. Is this method really capable of detecting population trends of wide-ranging, low-density, hard-to-find large carnivores over large areas so easily?’ 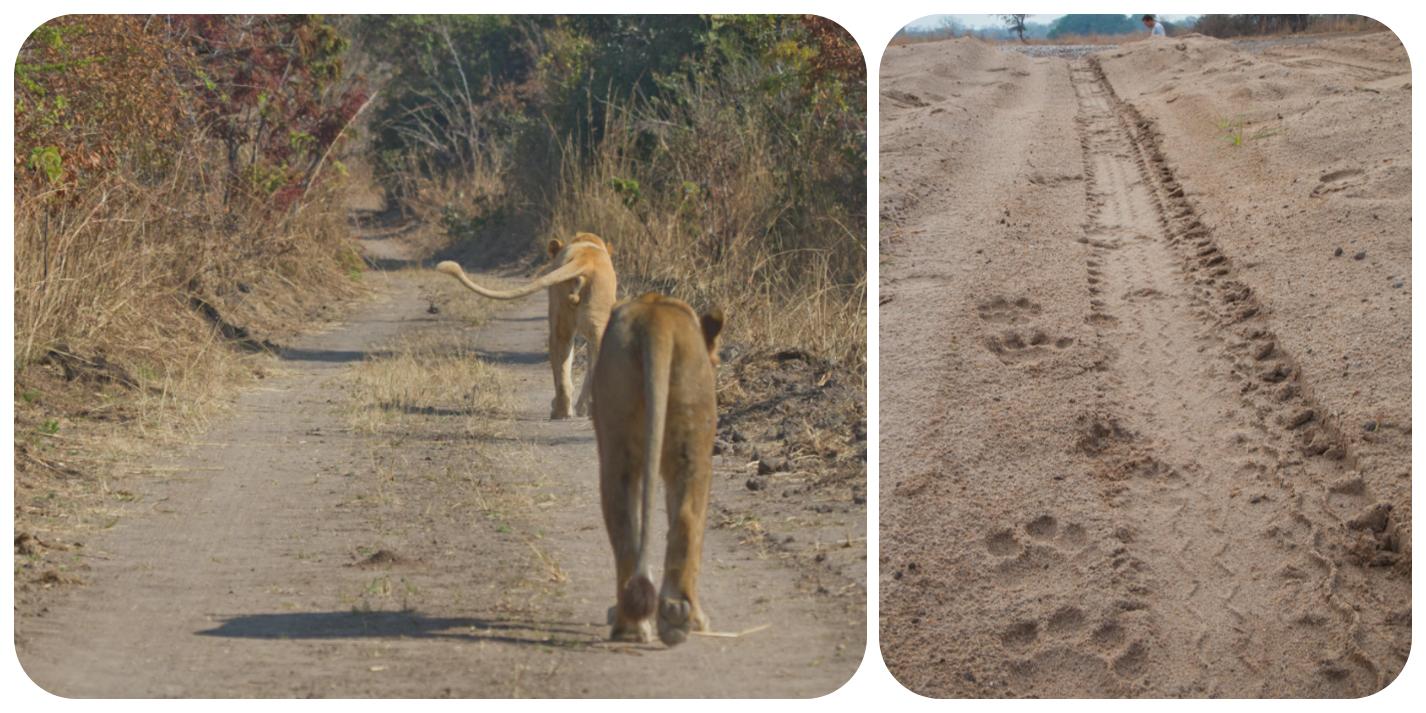 We simulated intersections between transects (road segments) and lion movement paths (from GPS collar data) at varying survey intensities (20% to 100% of roads were used as transects, with a transect a minimum of 5km long). So we had true lion movements from known size prides, which had bordering home ranges, from the study areas, and used the actual road network for simulated surveys. Doing this, we calculated if a GPS collared lion, and thus their pride, would have crossed a road which was selected for the survey. Then, using the ICS method the predicted population size and precision of the estimate was calculated and compared with the true population size (the pride sizes of all GPS collared lions used in each study area). For our simulations we did this thousands of times with different pieces of roads selected for transects, and for lion movements from different days. It was found that ICS estimates overstated precision and the true population size was rarely captured within the 95% confidence interval of the population estimates (and it should capture the true population size ~95% of the time). We found that the precision (or variance) of the estimates wasn’t calculated correctly, and when we corrected this the resulting confidence intervals were much wider, and the true population size was indeed captured ~95% of the time, but in most of those cases the confidence interval included 0. If the confidence interval of a population estimate includes 0 it makes it impossible to detect a decline of such a population, which is an important aspect of monitoring populations.

To effectively assess the status of species, the IUCN has set guidelines in order to uplist or downlist the protection status of a species. These are often based on of the scale of population change, in comparison to the population size. For example, lions are currently listed a ‘Vulnerable’ by the IUCN. A decline of at least 50% in 10 years would warrant the lion to be listed as ‘Endangered’, but with our current population estimates we aren’t capable of reliably detecting such a decline. These guidelines should be integrated in survey designs and population estimates should be able to guide assessments. We propose a measure of precision which is easily calculable and interpretable along these guidelines. This half relative confidence interval width (HRCIW) represents half of the width of the confidence interval of the population estimate relative to the estimated population size. The resulting number can be interpreted as the minimum percentage decline or increase of the population which can reliably be detected from the study. It is argued that ICS methods for wide-ranging low-density species are unlikely to meet those criteria. Established, intensive methods lead to estimates adhering to those criteria, but some new approaches, like short, intensive, (spatial) capture–mark–recapture (CMR/SECR) studies, aided by camera trapping and/or genetic identification of individuals, hold promise too. A handbook of best practices in monitoring populations of apex carnivores is strongly recommended.