International treaties are important in wildlife conservation. They provide legal frameworks for conservation strategies that have to work across national borders – which is especially important for the wide-ranging large carnivore species and their prey. Indeed, legal instruments designed to protect megafauna may also cast a protective shadow over wider biodiversity.

In recent research, WildCRU have been working with a team from Tilburg Law School led by Arie Trouwborst to assess how existing global treaties protect lions. The team is now using the results of that review to map where legal protections coincide with the various ecological and socio-political threats faced by lions. We have found that while the coverage of such treaties across lion range states is reassuring, the use of these treaties to address the current threats faced by lions is patchy at best – even before we consider the daunting practicalities of implementation, monitoring and enforcement.

There are five global wildlife treaties that are of varying importance for lions (the relevance of each treaty is explained in detail in the team’s recent article in the journal Nature Conservation). The 5 treaties are:

The figure below shows for each lion range state: (i) the number of lions thought to remain in each country (the result of a recent WildCRU-led analysis), and (ii) the number of global treaties to which that country is a “contracting party”. 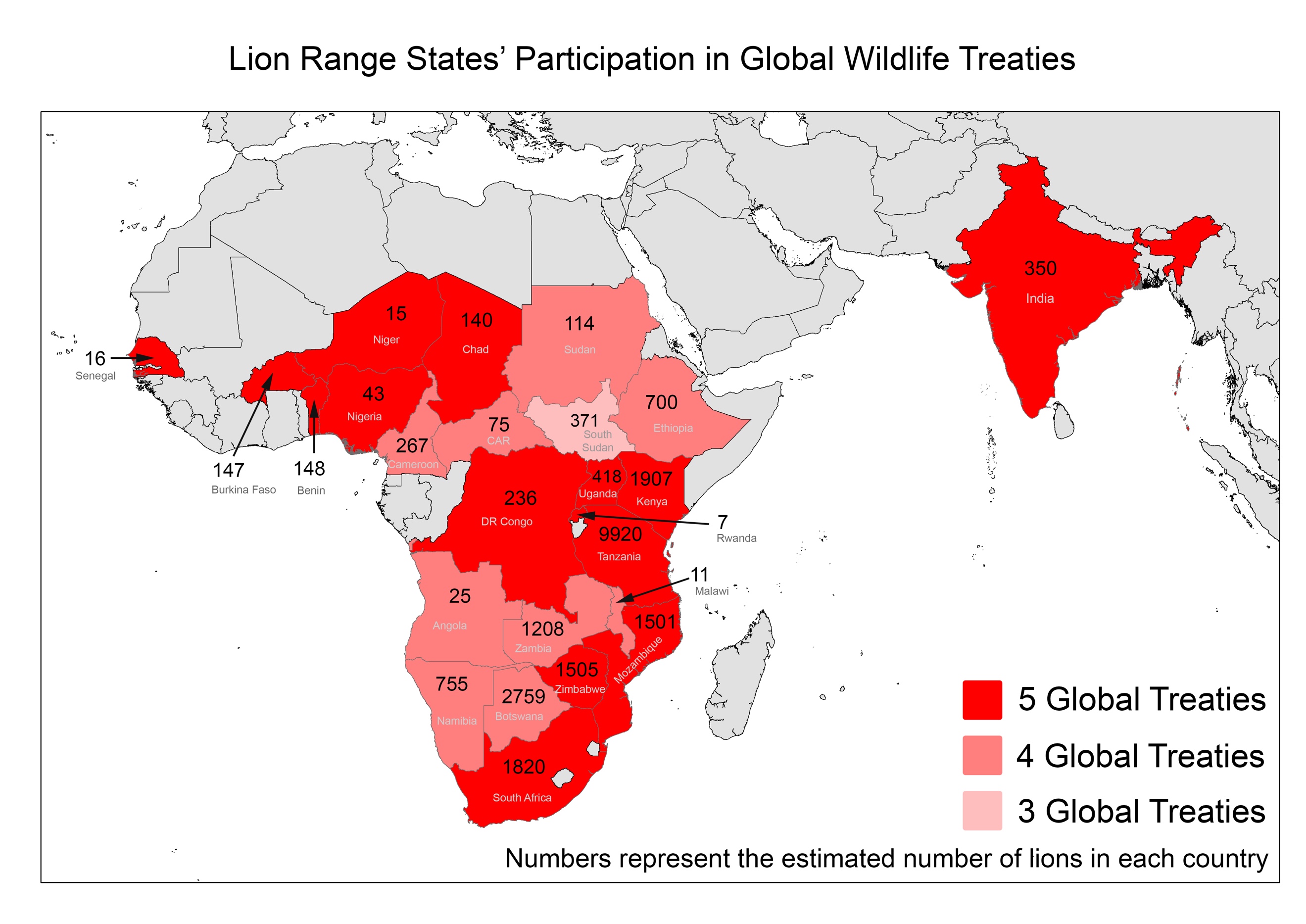 The table below then assesses how each global treaty can address the major social and biological threats faced by remaining lion populations.

Table 1: Summary of how global treaties address threats to lions 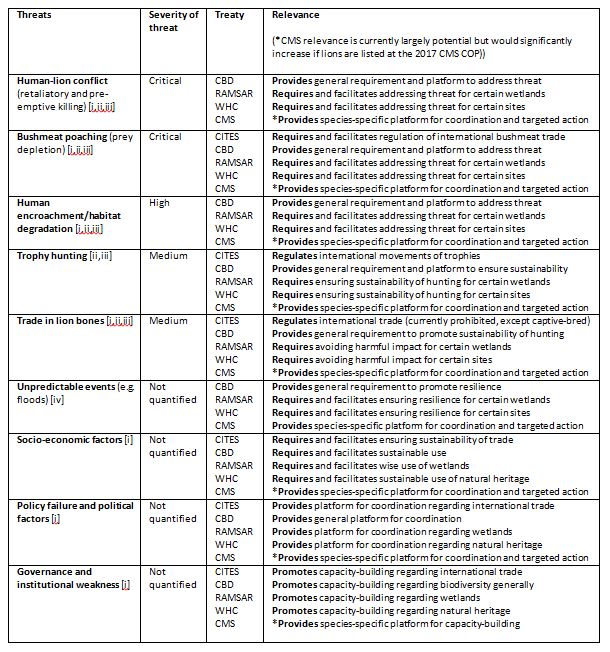 Sources for threat analysis given below. ‘Severity of threat’ from Panthera et al. (Panthera, WildAid, and WildCRU).

Of course, international treaties are only one lever within wider conservation strategies, and will not always be the most appropriate instruments for addressing specific threats. Nevertheless, we suggest improvements are possible and worthwhile pursuing. We propose two pathways to improve the contribution of international law to lion conservation: (i) adapting and expanding the application of existing treaties, and (ii) improving the local-level implementation of treaties. Our ongoing work is identifying policy-relevant proposals for both pathways.

Panthera, WildAid, and WildCRU. 2016. “Beyond Cecil: Africa’s Lions in Crisis.”