WildCRU is scrupulously impartial in gathering and evaluating evidence, but when that evidence points to a need for action its appropriate for us to speak out, writes David Macdonald at the launch of the Save Ulu Muda campaign. The greater Ulu Muda is a 160,000-hectare forest located at the east of the state of Kedah, in the northern part of Peninsular Malaysia. WildCRU scientists, led by Dr Cedric Tan, have conducted a massive camera-trapping survey there, motivated by a quest for clouded leopards, and they found Ulu Muda to be hooching with wildlife. It also provides water to the region. All this is under threat from unsustainable logging, construction and poaching. That’s why WildCRU has published a video illustrating to the general public the importance of this forest.  Please watch the video below, and, if it strikes a chord with you, circulate it (the Youtube link for the English language version is https://youtu.be/yYEEa5t_Ugo, and it is also available in a Malay language version at https://youtu.be/KHMlEStFL60).

What’s the problem? Parts of Ulu Muda are being selectively logged by the forestry department to generate revenue for the Kedah state.

Why does it matter? Well, naturalists will be excited to know what we found from our camera trapping surveys (they were huge – 160 cameras in 120km2) from 2014 to 2016. We found 54 species were detected, of which 37 were mammals, 15 birds and 2 reptiles. 43% of mammals detected (16 species), four species of birds and one species of reptile were considered by the IUCN Red list as Near Threatened, Vulnerable, Endangered and Critically Endangered. In addition to the revelations of WildCRU’s camera traps, Ulu Muda is home to more than 130 vulnerable animal species from clouded leopards to hornbills. By the way, we found spotted leopards there – only the second location where they’ve been seen in Peninsular Malaysia.

Hydrophiles will be excited too, because the people who should really care about Ulu Muda are the citizens of Kedah State. Ulu Muda’s forest catchment  provides as much as 96% of Kedah’s and 80% of Penang’s water supply. This water irrigates Kedah’s vast rice fields, and they provide 40% of Malaysia’s rice supply.

Our camera traps caught images not only of marvellous biodiversity, but of poachers and illegal harvesting. The WildCRU team stumbled upon 20 cartridges and 6 felled Agarwood trees. The cameras also revealed people, seemingly from a diversity of nearby nations (Vietnam, Myanmar, Thailand and Laos) carrying hunting gear or laden with booty. Meanwhile, logging and proposed sand mining can pollute the water catchment, and logging roads opened for sand-mining can increase accessibility and facilitate illegal activity.

The video was created by the collective efforts of eleven wildlife or ecotourism organisations. Hymeir Kamarudin, representing Earthlodge, describes his encounters with poachers at Ulu Muda, “They tried to run away. I’ve cornered them in the past, but they’re hard to catch. We have their pictures in our camera traps”. The video’s narrator, David Macdonald, said “as researchers our work is to gather evidence, and the massive effort we put into camera trapping has revealed the wildlife wonders of Ulu Muda. But having gathered the evidence, we want it to impact policy, which is why I urge everybody to look at this video, then think about its powerful message and call for the protection of Ulu Muda”

“We hope this video will help the community understand the importance of Ulu Muda to our daily lives and our future generations”, said Dr Cedric Tan, who lead WildCRU’s field team in Ulu Muda. Cedric added, “Please join us on our Facebook community (@FriendsofUluMuda) and help gazette the greater Ulu Muda as a state or national park”. 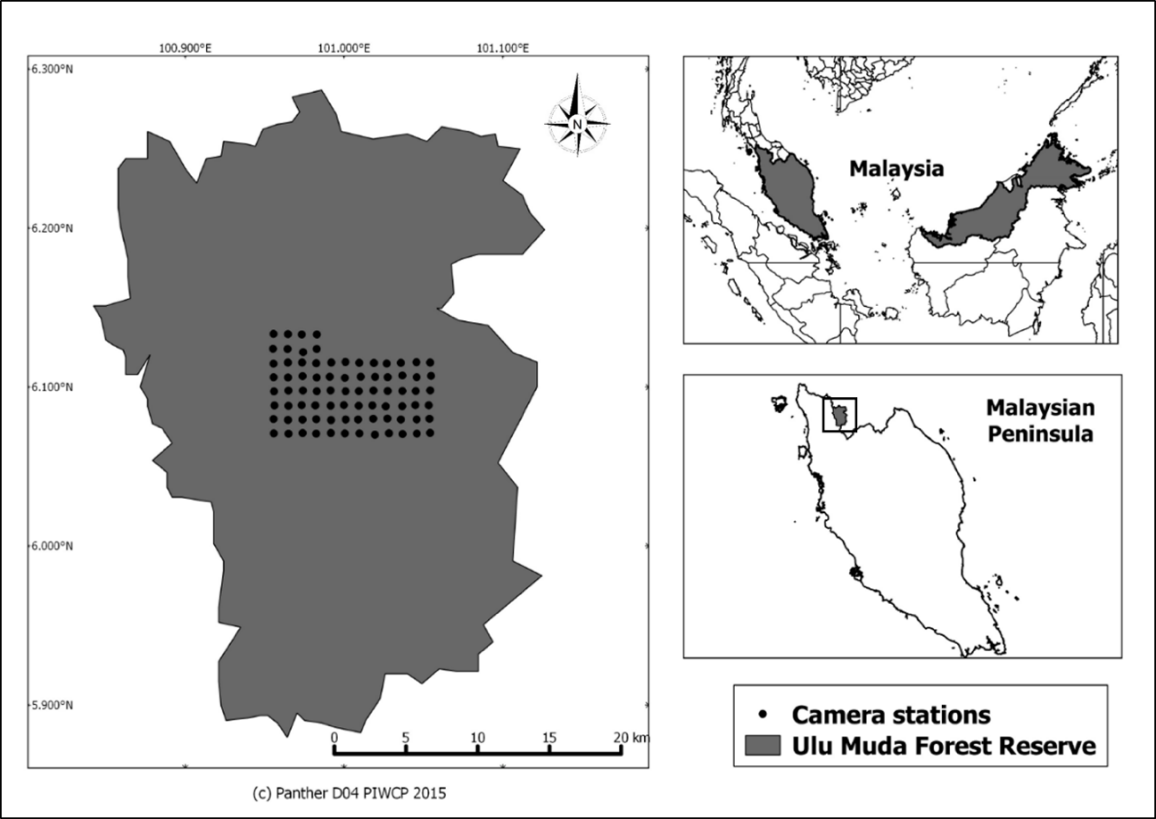