Last week at the remarkable Business of Conservation conference in Kigali I learned that the African Leadership University had appointed a Conservationist in Residence – what a brilliant idea. Moments later, the Conservationist in Residence came bounding towards me (bounding in so far as a foot in plaster allowed). Imagine my delight to discover that it was WildCRU’s Moreangels. Moreangels first traveled from Zimbabwe to Oxford to join our Diploma course Panther and distinguished herself as a WildCRU Panther before undertaking a doctorate on lion ecology. I learned that she joined the African Leadership University (ALU) as a Conservationist in Residence (CIR) at The School of Wildlife Conservation on the 20th of October. Her role was to inspire, motivate and mentor the next generation of African conservation leaders by coaching the students as well as leading workshops and seminars. The students are an extraordinary group; they already know what they want to do in life and are so focused on achieving that. Moreangels met small groups of students, 2 to 6 individuals for a 2-hour tutorial modeled after the Oxford tutorial system. The students shared accounts of their proiects, and Moreangels provide personalized feedback to each student and used the opportunity to introduce them to new ideas. 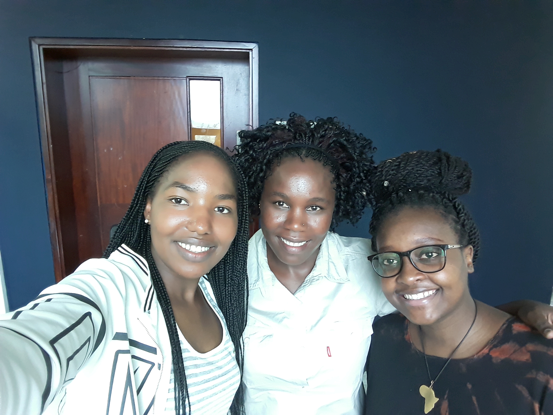 Moreangels also led a workshop with the undergraduate Conservation Scholars and then with the Conservation MBA students on Logic modeling to help them in planning and implementing the different projects they are working on. She attended the inaugural Business of Conservation Conference hosted by ALU’s School of Wildlife Conservation, and says “It was inspiring and motivating to learn about the incredible work at the interface between Business and Conservation”. 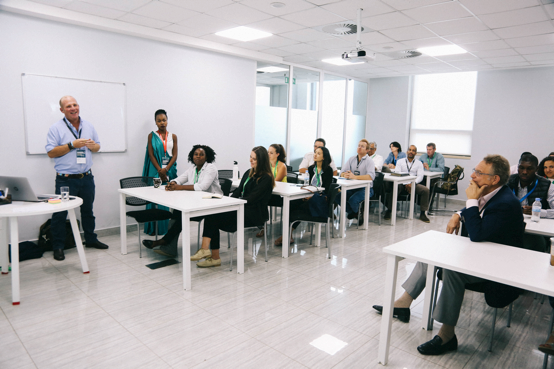 Moreangels Mbizah at one of the conference sessions given by Richard Vigne the Managing Director of Ol Pejeta Conservancy at The Business of Conservation Conference in Kigali, Rwanda