Across Africa, growing human and livestock populations are driving an increased demand for resources and conversion of land uses from those favouring native wildlife to those maximising economic value. Resulting fragmentation of natural habitat can threaten the long-term viability of increasingly isolated wildlife populations, intensifying vulnerability to local extinctions and inbreeding depression.  Simultaneously, increasing levels of human-wildlife conflict see rural communities suffering from livestock and crop losses with retaliatory killing of conflict species contributing significantly to isolation of wildlife populations and population declines. A landscape of interconnected protected areas is an important requirement for healthy and viable wildlife populations and ecosystems. Viable wildlife areas are critical for tourism, one of the main contributors to GDP in many African countries. Management policies that facilitate the natural movement of individuals between isolated populations have the potential to increase effective population size and reduce human-wildlife conflict risks.

Lions as a keystone species

African lions are a significant economic asset as they are a major tourism attraction. However, they also come into conflict with humans in neighbouring agro-pastoral areas. Due to their wide ranging movement and dispersal behaviour, the ecological requirements of African lions and the prerequisites for their co-existence with humans can be used to inform land use management decision making at a landscape level. Such management facilitates vital wildlife movements and uplift human communities by promoting human-wildlife co-existence.

Computerised connectivity models allow the conceptualisation of long-term process over large spatial scales and test possible land use scenarios to inform future land use management decisions. These biological models allow decision makers to take animal behaviour into account and avoid ad hoc assignments of corridors based on subjective preconceptions of what is important.

Using our long term dataset of lion movements, WildCRU, in partnership with the Botswana Department of Wildlife and National Parks (DWNP), and the Zimbabwe Parks and Wildlife Management Authority (ZPWMA) has made use of the cutting edge science to predictively model patterns of landscape connectivity for lions in the Kavango-Zambezi (KAZA) landscape (see Figure 1, Cushman et al. 2018). The model prioritises core connected habitats and critical movement pathways between them against empirical criteria drawn from the landscape. 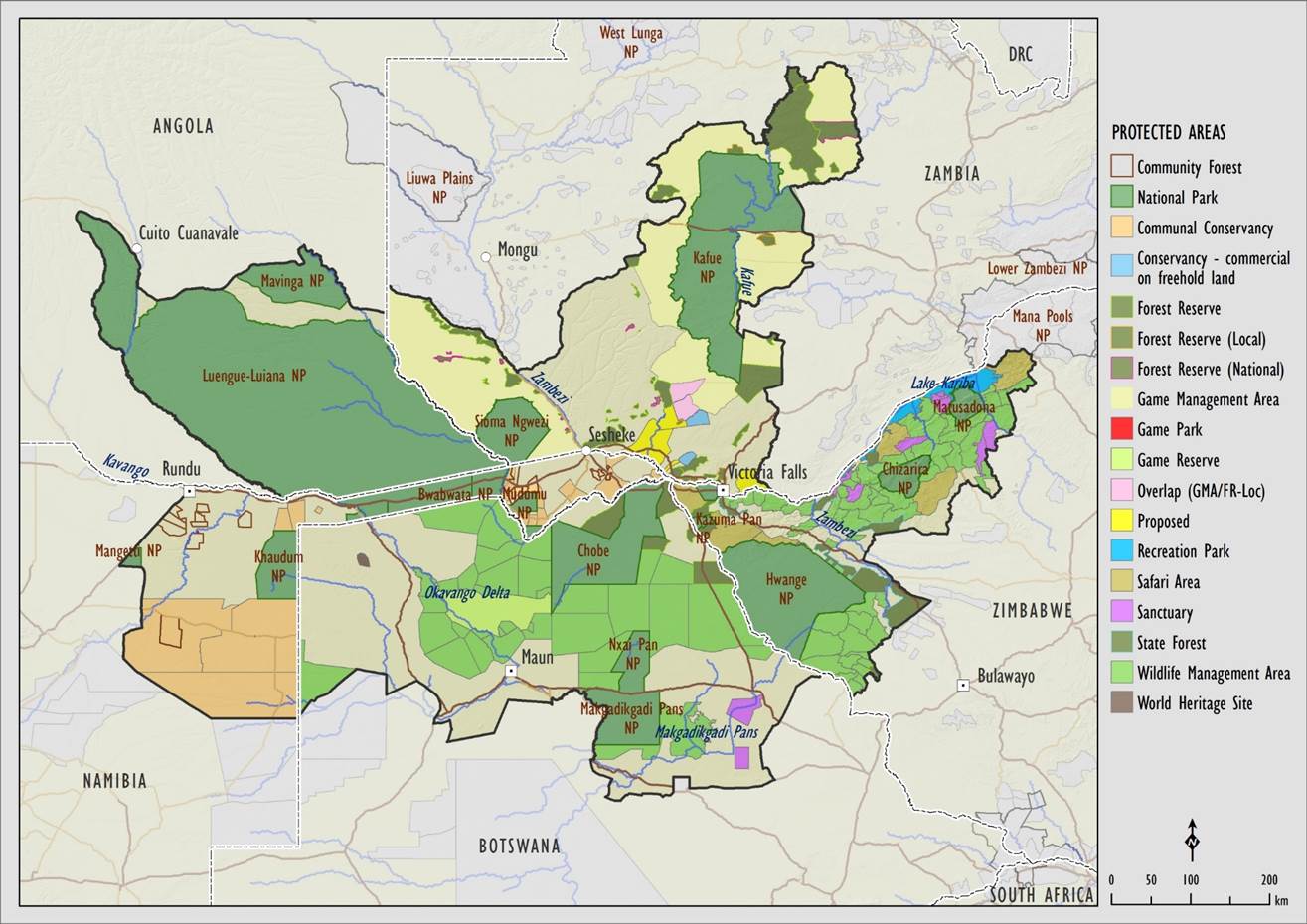