Research - Wildlife As A Resource 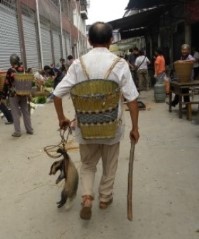 People use wildlife in many ways for a multitude of purposes. Over-exploitation is the second greatest threat to biodiversity after habitat loss and is a major driver of species decline or loss in every ecosystem. Increasing human populations, and increasing affluence in many parts of the world, has led to intense pressure on a number of wild animal populations, operating at local (subsistence) and international (trade) levels. WildCRU research in this area reflects the breadth of issues involved, from the consumption of bushmeat by local villagers in tropical forests, to animal products in Traditional Medicine, exotic pet buyers and the impact of wildlife tourists travelling around the globe.