Cecil was one of our study lions. We followed his movements in minute detail from 2008 to the time of his death in 2015 – these are remarkable data revealing the intricate and unusual life history of a spectacular lion. Of course, as people devoted to wildlife, and having known Cecil personally, we were deeply saddened by his death and we worked closely with the National Parks authorities to support their meticulous work in prosecuting the case. We support all efforts to prevent illegal hunts.

We continue to work hard to study the consequences of death’s like Cecil’s on prides and their neighbours, so that we learn as much as possible to contribute empirical evidence to management authorities for the development of conservation policy. This requires hard work, manpower and expensive equipment. Since we first studied Cecil in Hwange National Park our research has expanded to  the Trans-Kalahari eco-region, encompassing Zimbabwe and Botswana. We also work on lions elsewhere in Africa. Visit our Ruaha Carnivore Project page to learn more about the work WildCRU undertakes in Tanzania.

In September 2016, WildCRU and Panthera hosted the Cecil Summit to bolster the future of lion conservation. A summary of the summit outcomes can be found here: https://www.wildcru.org/cecil-summit/

In April 2018 Dr Andrew Loveridge published an autobiography: Lion Hearted: The Life and Death of Cecil & the Future of Africa’s Iconic Cats. This book delves into Dr Loveridge’s 18 years of big cat research and pieces together the murky details of Cecil’s death.

Cecil’s death was tragic, and at the time many people asked us if any good could come of it. First, we were amazed at how this episode heightened awareness of lion conservation worldwide. Supporting conservation is the purpose of our work – conservation involves huge challenges, both in the science and the practice, and we were deeply grateful for the public interest and support. Second, people started to support our Cecil Campaign through donations – this was urgently needed as we rely entirely on philanthropy. Donations support our field operations and field staff, the conservation work we do with the local community, and also, very importantly, train wonderful young Zimbabwean conservationists, bringing some of them to Oxford on scholarships for world-class training in conservation. 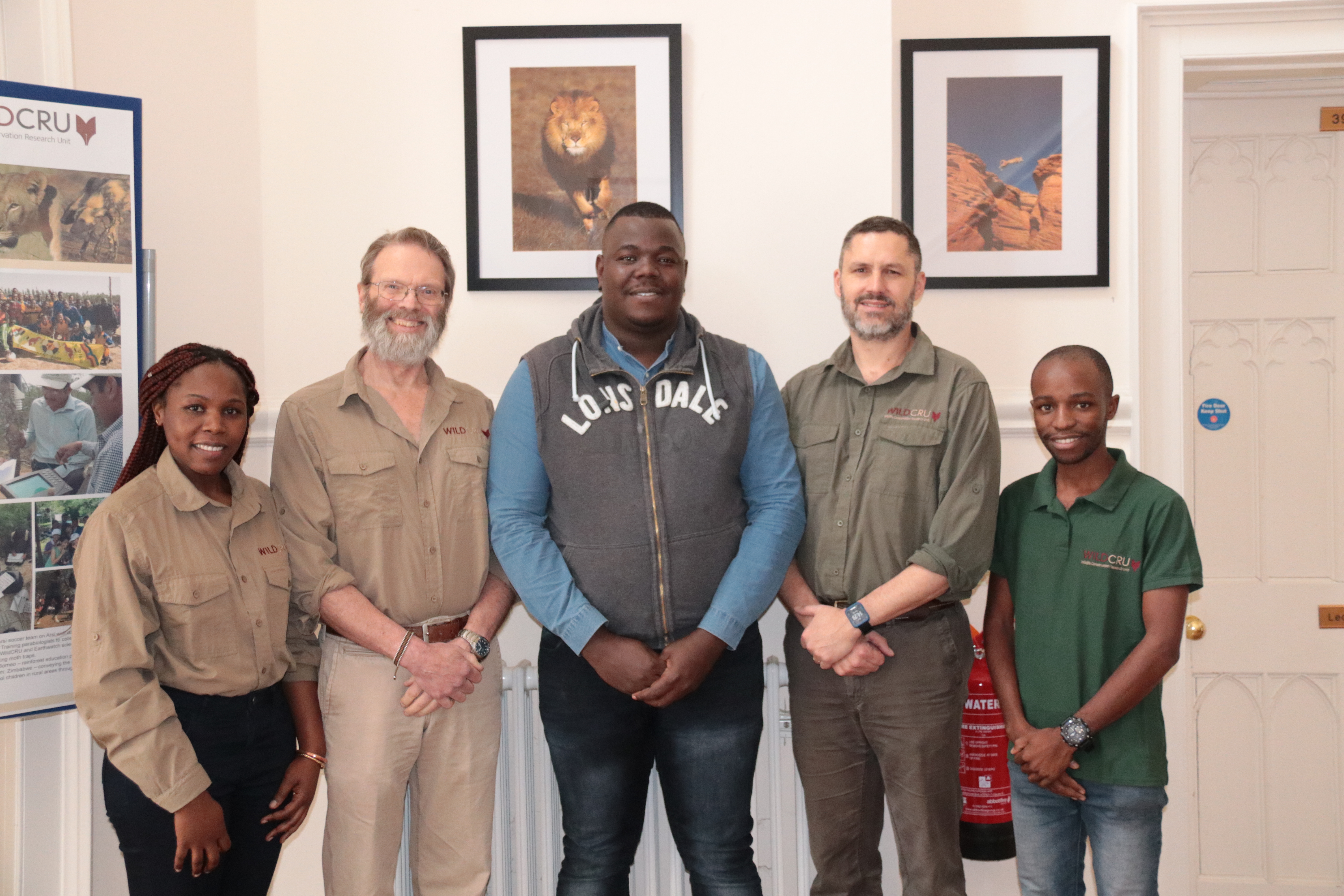 We are a team of world-class professionals, and our equipment and operating costs, working under challenging conditions, is expensive. People ask how much this work costs. It costs us approximately £150,000 pa to maintain the lion project at its current level of excellence, and in reality we need to expand it, to study and conserve lions over the entire landscape that spans western Zimbabwe, Botswana and Zambia. We can do this only if we secure funds. To give you an idea, each satellite collar costs about £1,500, with an annual fee to download the hourly locations from the satellite of £500. We need £20,000 pa to keep our anti-poaching team in the field, cutting illegal snare wires. To bring a Zimbabwean student to study conservation in Oxford on our world-renowned Diploma course costs £15,000, and roughly 7 times more to train an international graduate student. We need four wheel-drive vehicles, tyres for them, fuel to run them – so no donation is too small to be helpful.

Donations can be made at:
http://www.campaign.ox.ac.uk/wildcru

US donors can give via the University of Oxford North America Office
http://www.oxfordna.org/donate
Please select ‘WildCRU’ in the drop down list.